The People section is where you find a complete list of all the participants of a particular project. It shows their Team and Role, along with name, email and telephone number.

From the people section you can invite new users
and manage roles and teams. 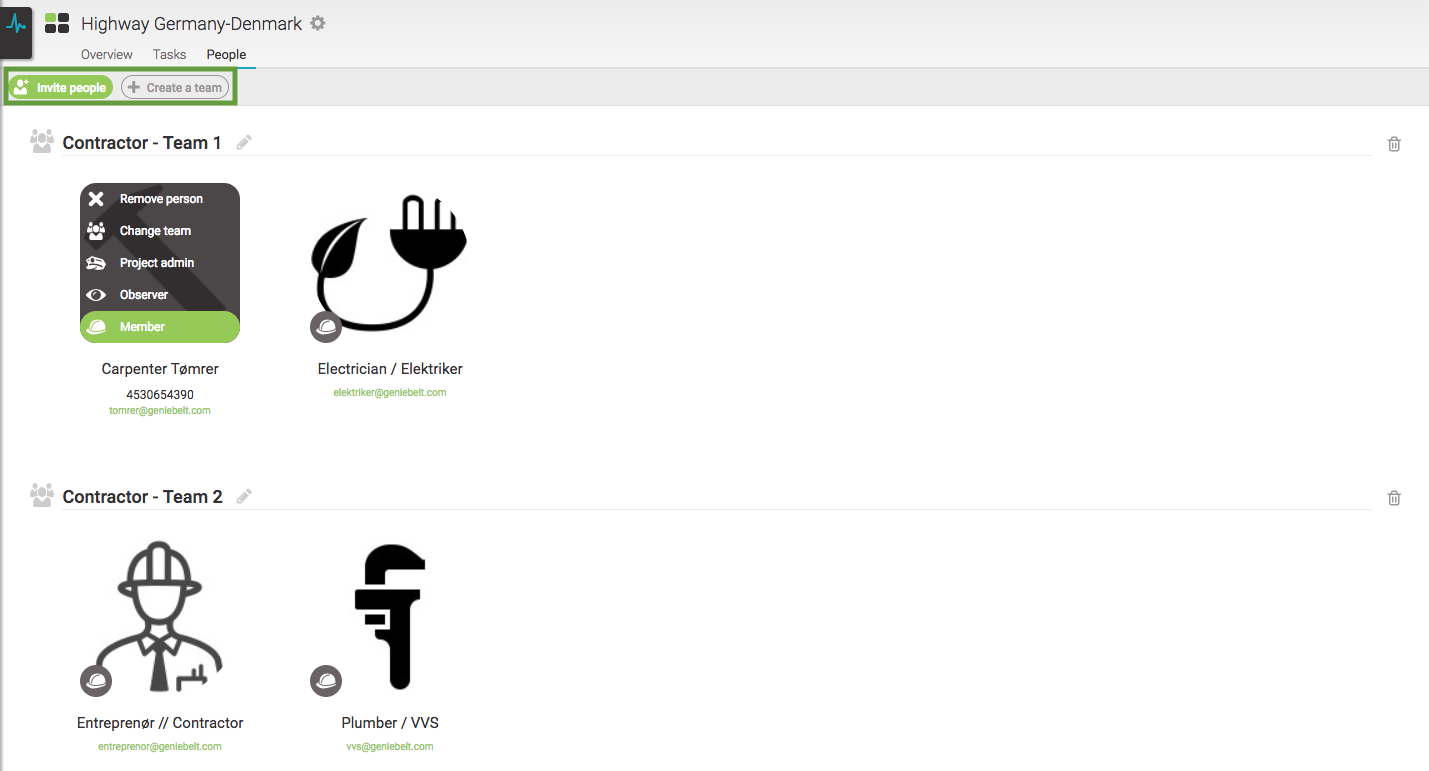 To invite someone, simply click on the Person icon 'Invite people', and provide an email.

From the desktop, you can invite multiple emails to one team from one invite.

Please note that if you assign someone a task that hasn’t been invited already, by assigning them they will automatically get an invite to the project. This can happen while importing a project with assignee emails attached, as well as doing it manually on a task or in the table editor.

By Default, everyone you invite is added to the Project Team. You can rename this team as well as create new Teams.

Once you invite someone, you can move them to a new team.

If you are a member you can only invite people into your team.

To change someone’s role, click on their role icon, while on the Desktop version.

If you are the leader of a project, you can change people's roles, their team and you can transfer leadership of the project.

If you are the admin, you can change people's role and their team.

Both Admins and Leaders can create a new Team, edit a Team name and remove a Team.

If you are member, you can’t edit anyone's role or team.

The four roles are as follows:

Leader: They have full admin rights, full visibility and can use every feature available. They can edit tasks, sign off tasks, reopen tasks and reject tasks. They are able to delete and archive a project.

Admin: They have the same rights as an leader, but are unable to delete and archive projects.

Member: They do not have admin rights and are unable to modify the project. They can update the status of a task, report a problem, make a comment, and attach a file to the task.

Observer: They have viewing rights but are unable to modify or update tasks.

From the Mobile App, you can invite new users but cant update their role or team or transfer leadership. Also, you can only invite users into existing teams, but can update their team later, from the desktop.

How did we do?